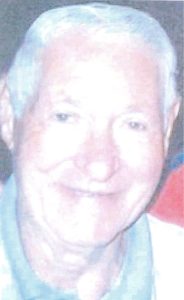 Ted Shiro played on the legendary 1944 Waterville High School team that won the New England Championship. The little dynamo with an uncanny shooting touch was so talented he got a try out with the Boston Celtics after a stellar career at Colby College where he scored 1212 points in three seasons. He led all colleges in scoring his senior season and was an All-New England selection by writers and coaches.  In addition, he was the first team guard on the NCAA District 1 All-American team. Ted was inducted into the Maine Sports Hall of Fame in 1990.