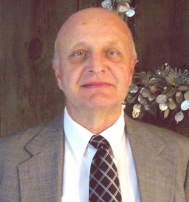 Steve Condon played basketball and baseball for the Presque Isle High School and was a two-time All-Maine choice in basketball. He was named the state’s Gatorade Player of the Year as a senior. After two years at Leicester Junior College in Massachusetts, Condon started for two years in basketball at the University of Maine. He was a double-figure scorer for the Black Bears both years and captained the team as a senior. He set the school record for single-game field-goal percentage by making 18 of 20 shots (90 percent) during an upset of nationally ranked Virginia Commonwealth. He was a two-time All-Yankee Conference selection, earning first-team honors as a senior.