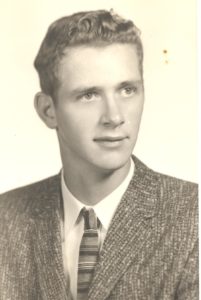 Paul Fortin of Lewiston led his 1960 team to an undefeated season. The Lewiston Blue Devils lost only 1 game in two seasons and played in the New England championship his senior year. After high school, Paul attended Hardin-Simmons University in Texas where his soft shooting touch and ambidextrous skills made him a fan favorite. Their coach was quoted as saying Paul is the best 6-foot-5 player in college basketball. Paul passed away at 47 years of age in 1989.