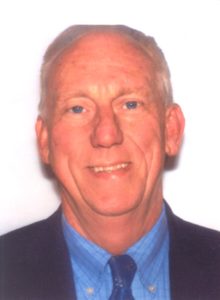 Nick Scaccia played his high school basketball at Sanford High School. Nick was a first team All–State selection his senior year as he led his team to the 1967 Western Maine Championship and scored 42 in a losing effort to Old Town in the State Championship game. Nick played college ball at Colgate where he averaged 17.5 ppg his junior year and 19 ppg his senior season. After college, Nick was drafted by Denver of the old ABA and played professionally in Italy.