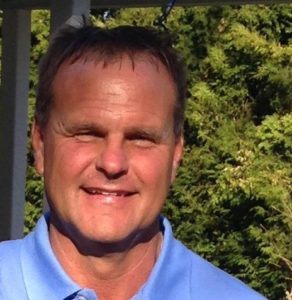 Mike McGee was a high school standout at Lawrence High School in Fairfield where he led the Bulldogs to the Eastern Maine Championship in 1976. He was an All-American at Colby College his sophomore season and was the fastest player in school history to reach the 1000- point plateau. After transferring to Clark University, he scored 2175 points and once again was named All-American. As a coach, Mike won two state championships and won over 350 wins. Mike was inducted into the New England Basketball Hall of Fame in 2013.