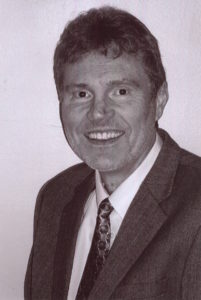 Kevin Nelson led his Foxcroft Academy Ponies to a State Championship in 1975 as a two time first team All-State selection became a household name in Maine basketball folklore. The 6’ 8 ” lefthander graduated as the career scoring leader at Foxcroft.  He became a three -year starter at the University of Maine and was a key member during his tenure along with teammates Roger Lapham, Rufus Harris, and Wally Russell.