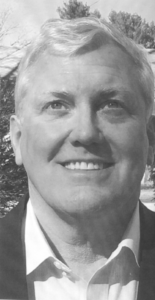 John Jordan attended Falmouth High School where the 6’7” center drove opponents crazy with his all around skills. After high school John put in a year of post-graduate work at MCI where he led the Prep team to their first New England Championship in ten years. But, is was at USM where John established himself as the greatest player in the school’s history. John left USM as its leading career scorer and rebounder. John’s dominance helped lead the Huskies to a four- year record of 81-28. He finished his career as a four-time All-WMAC first team selection and was named to the All-Maine team four times, earning first team honors in 1978, 1979 and 1981.  Additionally, Jordan earned NAIA District 5 first team honors all four seasons and was named to the NCAA New England Division III second team in 1981.  In 1979, Jordan was selected as an NAIA All-American honorable mention student-athlete, finishing the season as the fifth leading rebounder in the nation with 536 caroms.