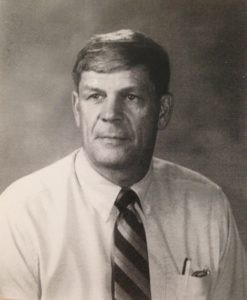 To many, Jack Scott is the best schoolboy player ever to come out of Maine. He was tenacious to the point of scaring his opponents and he could play at any position on the court. Jack led the Ellsworth High School teams in the mid 1950’s to a State Championship and to the New England Tournament. After high school Jack received a scholarship to attend the Univ. of Conn. He returned to Maine and finished his stellar playing career at Husson College. After college, Jack remained active with basketball in the semi-pro league with a team based in the Bangor area called Jack’s Five.