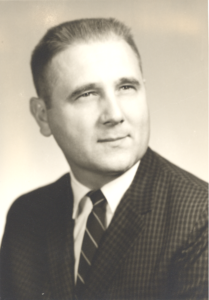 Gene Hunter is the only coach in Maine history to have won state titles in two different states. This coaching legend and Colby grad won State Championships at Morse and South Portland High Schools and Portsmouth High School in New Hampshire. His teams won 417 games in 26 years of coaching. After retiring from coaching, Gene was Athletic Director at South Portland for 10 years. He rejoined the coaching ranks in his seventies as middle school coach at Lincoln Middle School in Portland.