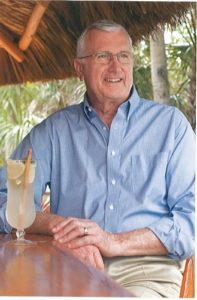 Ed Marchetti was a first team All – Maine selection in 1956 as he led them to a State championship over Bangor 52-33. A prolific scorer, Marchetti also controlled the backboards for the Shipbuilders as they blazed their way through the Western Maine competition. After high school, Ed took his considerable skills to Colby College where for legendary coach Lee Williams as he led the Mules to record seasons over the next four years. Ed set rebounding and scoring records that stood for decades at Colby.