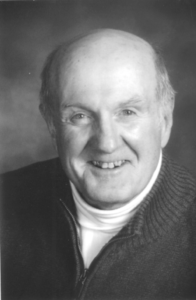 Don Sturgeon was a first team selection to the All State team in 1957 and a second-team selection in 1956. He was a key member of the Old Town State Championship team in 1957 and coached his alma mater to the 1967 State title.  Don was a four year letter winner at the University of Maine and led UMaine in scoring and rebounding in the 1958-‘59 season. Don ranks 12th in the UMaine record book for career rebounds. He received All-American honorable mention in 1959-60.