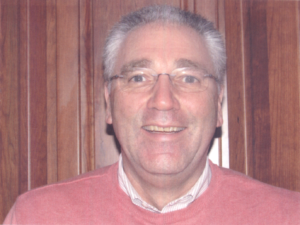 This 6’8” center led his Camden- Rockport High School team to the 1974 State Championship. Charlie was a second team All-State selection his junior year and a first team selection his senior season. His high school teams went 45-1 his final two seasons, their only loss was to Orono High school in the State Championship in 1973. Charlie attended Bentley College on a full scholarship and was a three- year starter. He is the only player in Bentley history to average more than 11 rebounds a game for three consecutive years. He was All-New England and an All-American Honorable Mention his junior and senior seasons. He was drafted by the Philadelphia 76ers in the 1978 supplemental draft.